8 Icons who Succeeded in Failing 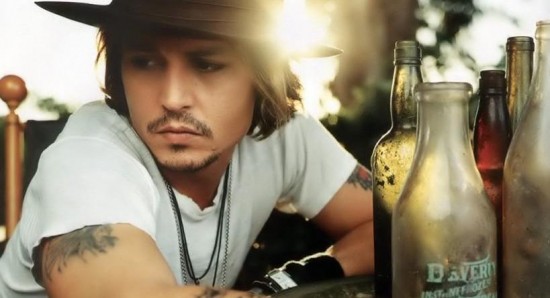 In today’s economic landscape it’s easy to get frustrated when chasing a dream career, but remember — no matter how many times you fail or how slow you progress, you are still far ahead of those who aren’t trying.

Below are 8 icons who found success through failure. The key lesson is to let every experience be one of growth and learning. Think critically about what worked, what didn’t work, what sparked your passion, and what lost your interest.

Above all, use every opportunity to network — friends help friends get hired. A recent national survey by Jobvite found that 1 in 6 workers successfully used social networks to get hired. As you leave behind one opportunity, take the time to add your contacts on BranchOut, Facebook, and Twitter.

Stay focused on your dream career and remember the famous words of R. F. Kennedy, “Only those who dare to fail greatly can ever achieve greatly.”

Michael Jordan – Was cut from his high school basketball team later on noting “I have missed more than 9,000 shots in my career. I have lost almost 300 games. On 26 occasions I have been entrusted to take the game winning shot, and I missed. I have failed over and over and over again in my life. And that is why I succeed.”

JK Rowling – Prior to her success with Harry Potter she was a divorced mother on welfare going to school while writing a novel in her free time.  “Rock bottom became a solid foundation on which I rebuilt my life.”

The Beatles – Turned down by Decca Records and told, “We don’t like their sound, and guitar music is on the way out.”

Thomas Edison – In his many attempts to create the light-bulb he noted, “I have not failed. I’ve just found 10,000 ways that won’t work.”

Babe Ruth – Was quite a record setter not just for home runs, but for decades he also held the record for being struck out 1,330 times. “Every strike brings me closer to the next home run.”

Steve Jobs – Fired from the company he created. “Sometimes life hits you in the head with a brick. Don’t lose faith. I’m convinced that the only thing that kept me going was that I loved what I did.”

You – Do you know someone whose failures didn’t stop them?  Share your story by commenting below.